It’s been a rough two weeks for me; I have received news of many friends losing family and friends.  I guess I am at that age when it’s inevitable that this is going to happen, but to hear about so many in such a concentrated time frame is nuts.  I would have preferred the rule of three…not multiples of three for this kind of news.

Retrograde Abbey, (that will be her FFfT nickname) was one who lost a person she thought a lot of. Given that we always look for the positive in everything, even death, I thought I would have Abbey share her story. 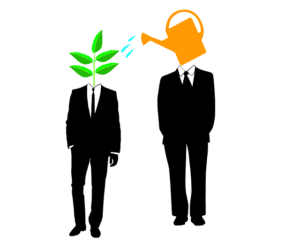 I suck at math. They say the only constant in life is change, and while I agree, me sucking at math has certainly remained consistent. During my tumultuous teenage years, the math courses may have varied but from the 7th grade through my senior year in high school one thing remained the same: every Thursday I would sit down with Craig and he would attempt to make me understand math.

Over the years, we had some wins. After taking several years of algebra and doing surprisingly well with geometry, I got a little cocky and signed up for Algebra II Honors. Needless to say, that was a loss. He may have pushed me through high school math but what I really got from Craig was so much more than just figuring out algebraic formulas.

A few weeks ago, Vijay discussed the difference between coaches and mentors. Craig was a mentor for me, though he certainly tried to be my math coach!  While at 12 years old I was initially low-key terrified of him (his appearance was more biker than math tutor), he became a friend and a confidante. We chatted about my latest turmoil with friends or boyfriends, or other kids at school that were mean to me. He would sit, genuinely listen to the plights of this teenage girl and offer advice or tell me about something similar that he went through. We navigated the ups and downs of the college application process together. He would ask if I had heard anything and remind me that my life wouldn’t be over because I didn’t get into my first choice. It’s been about 10 years since I’ve seen him, but I still think about how my friendship with him helped get me through some tough moments growing up, and whenever he pops up on my social media feeds I smile.

While doing my daily social media scroll on Wednesday, I saw a post from Craig’s son that he had passed away unexpectedly Tuesday night. I (typically) handle death okay but this one hit a little different and my heart just dropped into my stomach. What helped was reading through all of the comments and posts from other kids he tutored and mentored over the years, and the outpouring of happy memories and gratitude they had for him.

Mentoring is an activity that we all can partake in and benefit from. We are in the season of giving and January is National Mentor Month, so I encourage you to look at the relationships that surround you and devote a little extra time to them. Ask yourself how providing support, sharing your experiences and advice might help someone else reach their potential. You never know how much a little extra time listening and guiding someone might impact them.

Cheers to you Craig, and thanks for everything.

“Mentoring is a brain to pick, and ear to listen, and a push in the right direction” –  John C. Crosby

Have an impactful weekend,