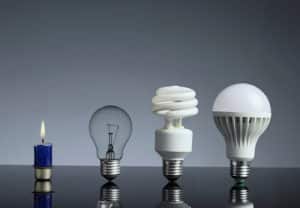 We are once again in “award” season and as usual, there is controversy and drama. Let’s set aside conversations about slapping, outrageous outfits, egos and right from wrong. I’ll let smarter people than me sort that out. I like to focus on the moments when truly amazing talent is discovered and awarded. For example, have you heard of Jimmy “Duck” Holmes? Not the usual household name, Jimmy is a blues singer that was nominated for a Grammy last year. His style of blues is “Bentonia Blue”; I had no idea what that was, so I looked it up. Betonia Blues style is described as both enthralling and heartbreaking at the same time. Its haunting and hypnotic music draws you in and holds you there. Betonia, by the way, is the small town in Mississippi where Holmes grew up. The town is known for its distinctive style of blues and hometown musical talent. Jimmy was not formally trained, nor was music his career. He played on the porch of the Blue Front Café, a small business his family ran and one he later took over. The Blue Front Café itself has an amazing history; maybe that’s a future post. Back to Grammy-nominated Jimmy Holmes, the incredible thing about him is that he does not write or read music, nor does he write lyrics. He never plays the same song the same way. He is a self-taught musician that simply knows what to do and lets his talent and instinct lead him. He is an incredibly humble person, reluctant for fanfare, but happy to talk about music and his hometown traditions. During an interview, he said, “If you want to hear it, I am going to play it.”

What struck me about Jimmy’s story is how often there is hidden talent all around us. We usually think of talent in terms of the arts, creativity, sports, and similar endeavors, but it’s much more than that. Talent is also embedded in the small things we do every day. How often do you solve a problem, see a path forward that everyone else missed, find that people gravitate to you, or walk into a conversation and resolve conflicts that no one else was able to? And how often do you hear others say, “how did you do that”? only to respond that you don’t know or that it was a “lucky guess”? These moments are born from talents that you started with, and nurtured along the way until they became second nature. They are your superpowers. They may not be Grammy award-winning talents, but they are yours. Just like Jimmy Holmes and Nike, you “just do it.” It’s second nature.

There are a lot of upsides to things being second nature, since they come easily and naturally to us. The downside, though, is that we can get caught in routines and find ourselves stuck in patterns where we are unable to grow or change. I’m not sure what the right answer is to this, but I try to pay attention to reactions and outcomes when my second nature takes over. It’s not always easy, but I remind myself to listen carefully and remain open-minded. I try to get the best of both worlds; the benefits of my second nature and the opportunities to change and improve on them as they come to me on a daily basis. I forget who said it, but in the end, we are all “works in progress”. Perhaps more me than most ?. What have I learned from Jimmy? The underlying talent is second nature, but sometimes it’s better not to play the same song the exact same way twice. Isn’t it better (and more fun) to rely on your talent, allow it to evolve, and see where it takes you?

“Habit is the second nature which destroys the first.” – Blaise Pascal

What is second nature to you?